The first station wagons were built around 1910 by independent manufacturers producing wooden custom bodies for the Ford Model T chassis. They were originally called “depot hacks” because they worked around train depots as hacks, (short for hackney carriage, as taxi cabs were then known).

For consignment, a 1965 Chevrolet Biscayne station wagon in project form with some extra interior parts and included. Rough around the edges on the exterior and sporting severe invasive rust on the frame, most would pass this example by, however they’re rarely seen and make for great restomod/pro touring cars. Open up a catalog, scour the internet and let your imagination run wild. Road Trip!

A mix of epoxy primer and flat black covers the steel panels that make up this car. Overall the body is straight and has well minded gaps but there are signs of body repair and filler used throughout. The dual headlight grille and bumpers are present and accounted for albeit with a few dings, rust and overall wear. The sides have been stripped of their trim and badging along with the windshield being removed and the only chrome remaining is around the vent windows and the driver’s door handle. We note the rear side glass has been paneled over creating a sedan delivery look, which in this writer’s option is just smashing. Bringing up the rear are dual taillight openings, one on the rear quarter and the other on the tailgate. 14-inch steel wheels are on all 4 corners.

Inside, all of the door panels have been removed and the interior seating is all original, utilizing heavily worn, torn and soiled vinyl. The front bench, while original, shows severe wear, tearing and soiling and the back bench is looking to have been piecemealed together with a non matching lower cushion and as the front, is also worn, soiled, and torn. The dash is all GM original from 1965 and is finished in with a padded vinyl top showing in multiple colors. Bare steel with a mix of invasive and surface rust makes up the flooring and in the very back it is covered with blue molded plastic for the sides and the rear bench folds down to accommodate more storage. Overall a worn interior leaving the only limit being your imagination.

A pop of the hood and we note an unrestored engine bay with the factory 230ci inline 6-cylinder engine. It is topped with a single 1-barrel carburetor, and on back is a 3-speed manual transmission. On the back, the rear axle is a 12-bolt designation. It is all original and shows aging, overall patina and wear.

Original and unrestored showing some surface rust, invasive rust and patina for the flooring and supports. The frame, also covered with surface rust and patina has succumbed to heavy invasive rust in numerous areas and will need to either be repaired or replaced. Drum brakes are attached fore and aft with an independent coil sprung front suspension and a 4 link and coil spring arrangement in the rear.

I remember going on road trips as a kid and my sister and I would fight for who would get to stand on the hump and watch the world go by. We’d pull over and mom and dad would have sandwiches for us, and dad would pop the hood to cool her down, (this was a 60’s thing). Good times had and even with its faults and flaws this wagon holds the potential to be something special. Be it your classic family truckster or a full on modernized pro-touring street beast…the choice is yours. 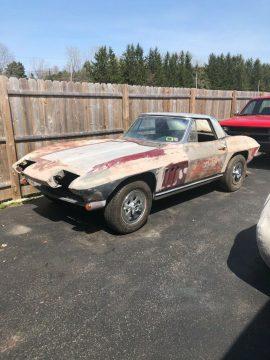 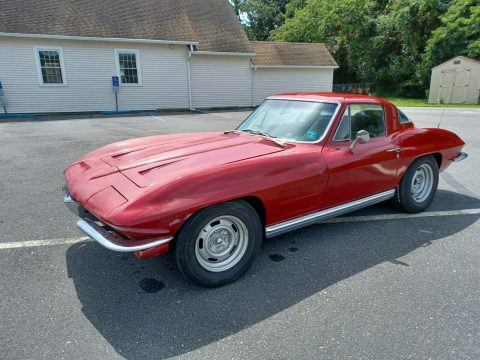 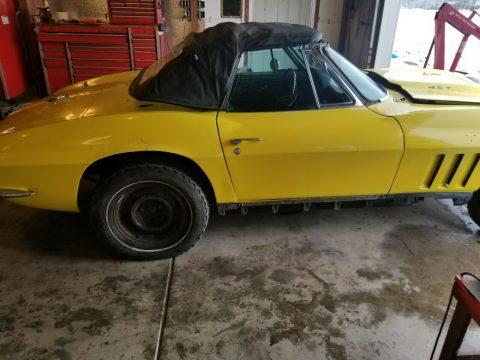 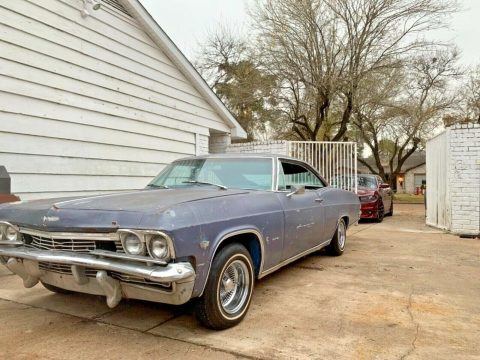 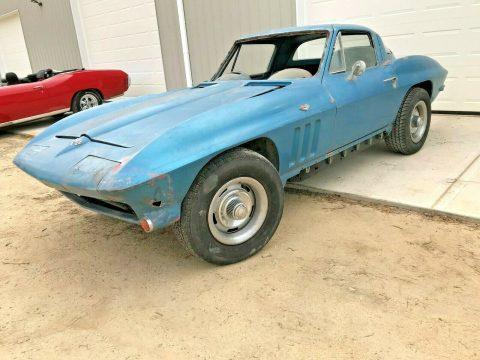